The Future Of The Housing Market In Houston TX

The Future Of The Housing Market In Houston TX 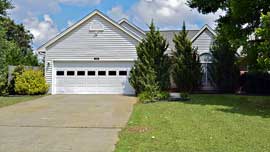 The oil sector, which is the main contributor to the city faced an oil slump, but this does not seem to have affected the housing market, as it faces best years that are yet to come. The Housing economy in Houston seems to have been surprisingly resilient, even while most of the energy companies within the city have been declaring bankrupt. Which led to thousands of job cuts and shutting down of rigs, this is according to Mark Dotzour, who is a former Chief economist for the Texas A&M University Real Estate Center.

The city is still healthy and balanced

Unlike the previous economic downturns that have been witnessed, the single-family housing in the city is not overbuilt, as the city posted 3.6-month home inventory in the month of April, which is still well below the 6-month mark. What this means is, the city does not have a huge number of homes that are for sale, the inventory is low. Hence, the city is not over built, thus, it indicates the city has a healthy and balanced market.

Dotzour goes on to predict the city will experience a bull market; however, this is both locally and nationally for the next ten years. The reason is, the single family constructions nationwide has not yet recovered from the great recession faced. Furthermore, once the Millennials jump into the housing market, the demand for the single-family homes will immediately skyrocket. Let us think of it this way, the Millennials we see around riding bikes with helmets on, won’t be doing this or the rest of their lives, so the demand will eventually pick in the city, it is just a matter of time.

As a homebuilder, balance the two

Nevertheless, as a homebuilder, you should try to avoid the buyer mentality. The reason being, the economic uncertainties associated with the oil slump and the possible national recession still looms on the horizon. According to Mark Dotzour, most homebuyers are influenced by how they feel about the current economy. If you as the buyer is feeling uncertain about the economy, you are less motivated in getting a home until the uncertainty clears, thus as a homebuilder, it is important to avoid the buyer mentality.

Accordingly, as a homebuilder, it is advisable that you avoid biting off more projects than you can chew. However, you are still advised on continuing to build homes, because the home prices could spike due to low supply of homes. You need to maintain a balance of the two situations.

The future of the housing market in the city seems to be bright; it might moderate for a little while, but the city is not headed for disaster. The near future of the housing market might seem fuzzy, but expect the future to be more mid-rises and some shiny new residential towers. All of these will immediately change the landscape of the city, just like the oil boom did back in the 1970s.